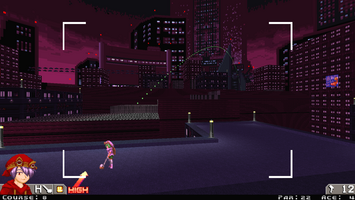 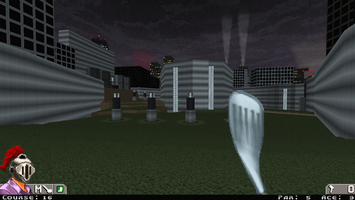 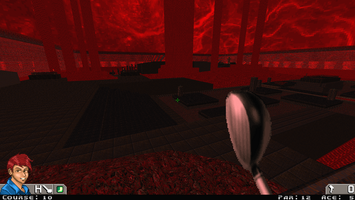 Hey folks, some people figured out a couple ways to cheat and horribly break things, so now there's a quick 1.1 build.

- Life's a Beach (GOLF18) no longer has errant SANDY textures in the water.
- Every time the players enter a golf map, their health is restored to 100.
- If Corzo slid whenever he exited a new map, he would stay super-shrunk. Now he gets restored back to normal size.
- Quaking sounds are now silent, preventing Corzo from stacking deathsplosions and leaving a persistent quake sound.
- Several neon billboards on Metroplex Run (GOLF08) were misplaced.
- The left-higher building on Metroplex Run (GOLF08) was lowered down.
- The flag on the mini-course in Icarus Towers (GOLF04) was different from back to front. This has been fixed.
- Jump pads have been added to Icarus Towers (GOLF04), for easier traversing.
- The torches at the end of Icarus Towers (GOLF04) have been removed, so the ball does not as easily get stuck against them.
- Suicides are now disabled, because people were using it to bypass stroke counts. Thanks, guys. Thanks.
- The teleport-back-to-start floors on Metroplex Run (GOLF08) and Icarus Towers (GOLF04) have been rehauled, and hopefully this will keep the teleporter-stopped-working issue from persisting. If it does, I'll port this to the other maps.
- Added 'Credits' and 'Changelog' as console commands, to see the respective credits and changelog for the mod.