The Exorfist is a small proof-of-concept masquerading as a game, made in GZDoom for the 2021 7-Day FPS Jam.

I had the misfortune of falling extremely sick on the last day, so there's a couple things I wasn't able to do in time. Like difficulty settings. And refining some sprites. And textures for the entire second half of the map.
Well, things to implement if I do post-jam updates. Might as well get this out there and see if folks like the base gameplay to begin with.

Play as a mysterious former sekitori, a sumo wrestler with the ringname of Onigawara, who has left the ring for unknown reasons and now seeks out scenes of supposed hauntings and supernatural influence. One such scene is an old temple not too far off from the shoreline, the Shrine of Heretics. With years of training under his belt and some new powers, he sets on out to see what's there...

Blatantly inspired by Punch-Out! and the many myriad of indie games influenced by Punch-Out! (most particularly Megaman 8-Bit Deathmatch), the Exorfist is a first-person slapper where the goal is simple: Defeat your opponent. You can do this one of two ways, either by A: repeatedly knocking them back with each hit, eventually shoving them off the arena, or B: whittling their health down to critical and then banishing them with the eponymous Exorfist. But be careful, because the enemies will very well be trying to do the same to you.

Features:
- Three whole enemies! Technically a fourth if you count the tutorial!
- Original art for everything! And some of it was done by me, too!
- A whole bunch of flat-shaded black-outline pixel art!
- A bunch of free-to-use doujin music!
- Extensive work put into customized sound effects!
- Uhhhhhhhhh
- I think someone says a bad word once.
- Yup.
- Man I am tired and I've been up for over 40 hours straight I don't want to write about this
- I'm getting a drink.

Okay, I love this, especially from a conceptual standpoint. The idea of exorcising yokai and malicious monsters from Japanese folklore using a storied style of Japanese wrestling in a Punch-Out-esque setup is a really fun one. I love how much personality all the writing has and all the fun character designs - the BuruBuru and Tengu-Sensei are favorites of mine.

The playstyle is decently fun overall, with just a few drawbacks. It's cool to be able to push back or be pushed back by the enemy and actually see that progress in the arena itself as well as in the bar on the top. The smaller mechanical intricacies are fun to play around with like attacking right before an enemy's attack comes out to counter it or chaining smacks with special moves to really make some good progress. The sense of impact is great, as well. When you smack a fella, you really feel it.

However, like I said before, I do have some gripes. For one thing, I find you can get pushed back really far really quickly, which gets discouraging fast. I could bring an opponent close to the edge of the ring with a myriad of perfectly timed dodges and smacks, only to trip up & get hit by a few attacks, and then before I know it, half of the progress I just made is gone. Logically, the health bar feature is meant to mitigate this, but it really just lead to me getting knocked out while still close to the middle of the ring plenty of times. I also felt that the choreographing on some attacks was a little unclear. The Kappa demon's punches and that paper lamp's fucking bullshit fireballs of death are prime examples of this, in my eye. For the former, the actual pose doesn't read super clearly. For the latter, it felt like I had to wait until just a bit after the fireball was out to move out of the way without then moving right back into it; I actually resorted to countering it in order to stop it from happening all-together. Another issue I had - though this may be more on my side - is that controls didn't always feel perfectly responsive. Sometimes I could lay out several slaps in a volley, other times I could barely throw any. This happened a number of times, and while I'm not sure it was an issue that was in your control, it did feel worth mentioning.

Still, this is a lot of fun, and if you ever get the chance, I'd love to see you further the concept that this is a proof-of-concept for. There's tons of fun potential that has yet to be explored if you decide to pursue the concept further. Even if that isn't the case, I say that the First-Person-Sumo is a successful experiment! :>

P.S. I know this is like telling a volcano to cool down, but... phrasing, Term. 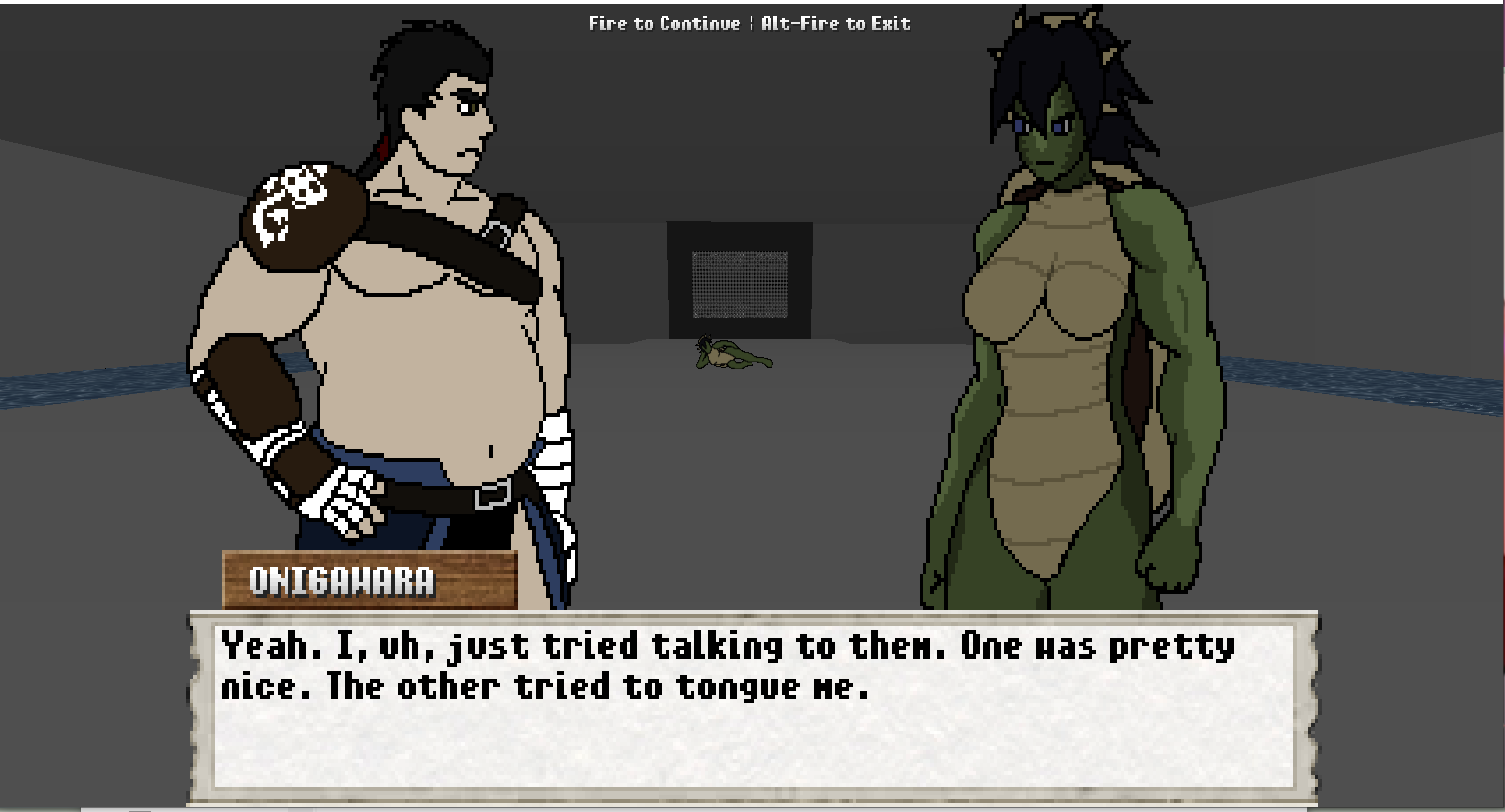 One thing that's constantly being brought up is that the input is pretty finnicky, and I think it might be best to convert it to an automatic system. As much as I love manual inputs from fighting games, they generally run at 60 FPS while GZD is stuck at 35 tics per second. So it's really easy to drop things.

Thank you very much for your input! I appreciate the criticism a lot.

I also mentioned this on stream, but thank you for the response! I'm glad to hear that the feedback was received well. I was wondering if the input issues were a GZ-Doom thing. In any case, I'm glad to have been able to drop my input! 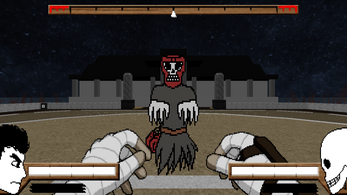